Crisis Code, the new challenges for the lawyer

It’s a huge opportunity. “But it requires the ability to renew itself, to adapt the skills of the lawyer and implement them also with the typical training of the business professions”. To speak is the councilor of the CNF Carlo Orlando , in a day of study on the new “Code of the crisis and insolvency” that on Friday has nailed hundreds of lawyers in the headquarters of the highest legal institution.

“Believe me, dear colleagues: it will also be worthwhile to accept the 200-hour training requirement imposed by the new code, it makes no sense to oppose rearguard battles,” adds Orlando in his introduction. The lawyer who coordinates the business crisis commission for the CNF defines the meaning of the training meeting.

The professional opportunities are so broad that they do not allow for withdrawals. “The professional baggage will have to be implemented not only with respect to the need to acquire new skills but also in the ability to change clothes between the different phases of the new over-indebtedness crisis procedures”, explains the CNF councilor.

This is why the National Forensic Council is responsible for such a training mission . Here is the meaning of a day that saw the succession of expert lawyers and university professors, leaders of Via Arenula, such as the head of Legislative office Mauro Vitiello , and magistrates. “Such a challenge is accessible only with the organizational capacity of the CNF”, notes Salvatore Sica , vice-president of the High School of the Bar . “And the forensic institution will also be active in terms of institutional relations for the necessary completion of the discipline introduced by legislative decree 14 of 2019, which at the moment defines a new allocation of the professional risk but in a still incomplete framework of the application criteria “, explains Sica,” which will have to be refined in order not to expose the recipients of that risk to a “jurisprudential implementation only”.

And that there are several steps still to be taken as regards the completion of the discipline is an objective element attested also by what President Vitiello reports, which confirms not only “the complete definition of the expected corrective legislative decree” but also the possibility of “sending it to the administrations stakeholders, namely the ministries of economics and economic development . Only that, “adds the head of the Legislative Law,” heavy artillery took to the field, including the CNF, which with the National Council of Accountants , Confindustria and Unioncamerehe also asked with rather disturbing tones to confer with the minister. That is why, as a matter of respect, the further steps of the process have not yet been effectively completed “. 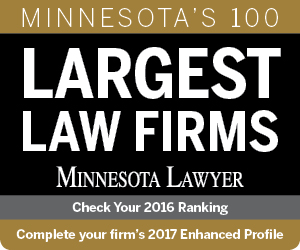 Crisis Code, the new challenges for the lawyer

5 Reasons Why You Should Hire An Accountant For Your Business

The reasons you should hire chartered accountants